My name is Luna. Luna means moon. I am not sure why I was named after the moon but I think it is a nice name. I met a dog named Booger once. Glad I didn’t get named Booger. Anyway, I am a dog but this Pet Column is actually about a cat. A cat named Storm. Storm has been looking for a home for over a year. So today I write to convince just one of you many devoted Pet Column readers why Storm is your girl.

Storm is not just your ordinary cat. I guess that is why it is taking her so long to find her soulperson. She is actually a rather diverse and interesting being. For example, she can burp to the tune of “Uptown Funk”. Although she doesn’t own a television she is a documentary film enthusiast.

Additionally, Storm has a passion for warm and soft nooks and crannies while also being very skilled at money management. She prefers short walks to long drives but her favorite car is the Prius. Her favorite YouTube video is the one where the two twin babies make each other laugh explosively hard just from the sound of their own laughter.

Storm likes to knit potholders and prefers listening to vinyl rather than discs. Although she has never worked she has taken a few Improv courses. She is very serious about her personal hygiene and does not skimp on her hair products. She had a boyfriend but kicked him out when he became lazy and apathetic.

She is a creature of habit and expects her tea and treats at 2 PM sharp. She enjoys fantasy and is on the 6th book of the Harry Potter series. Hermione is her favorite character because she reminds her of herself.

I think Storm gets overlooked at the shelter because she doesn’t “storm” into your awareness but subtly creeps into your heart and suddenly you realize how lovely she is. You just need to spend a little time with her is all…

As for me, the moon dog, I am a female Blue Heeler that is just over a year old. I arrived at the shelter along with my 9 pups who quickly all found loving homes. Now it’s Mama’s turn.

It took a couple of weeks here at Second Chance after weaning my young ones before I really felt myself again but it’s been great to meet some new friends and run and play and start a new routine. I love to play fetch, the tennis ball is my toy of choice, but I’ll chase and jump around with just about anything.

Since arriving I’ve also been learning a lot. I didn’t really know any basic obedience but I’ve been picking things up very quickly and I can already sit and wait at doors. Even when I’m out playing with my friends in the yard I’m learning, I even did a couple of hurdle jumps the other day, everyone was quite impressed.

I love other dogs and even co-house with my friend Sandy the Red Heeler, she’s a great girl. I can be a little shy when meeting people but warm up fast and will soon be trying to crawl into your lap or give you a kiss if given the chance.

Stop by and visit Storm and I. If you decide to adopt one of us we will even be ok if you want to give us new names – as long as you don’t call me Booger. 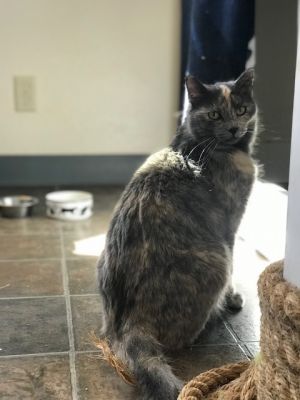 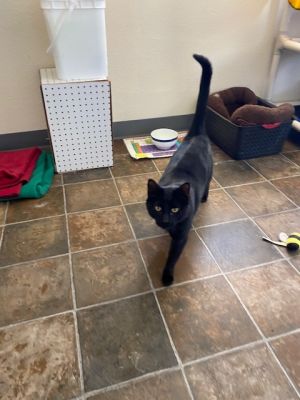 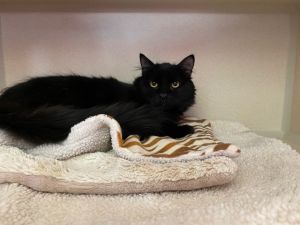 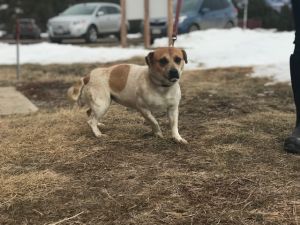 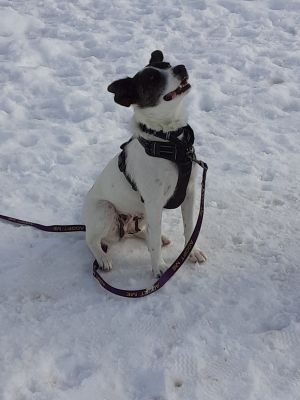 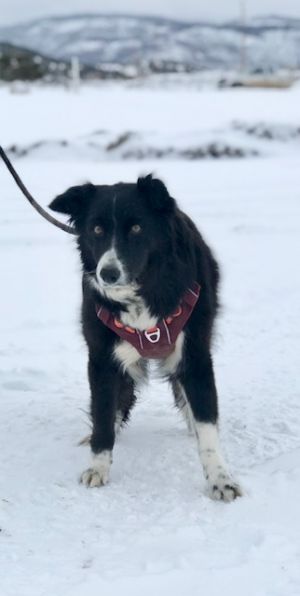